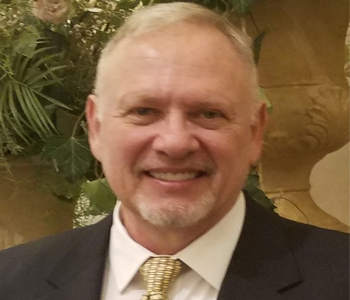 My name is Roger Dill, owner of Innovative Financial Solutions.

I am well acquainted with the stress of having creditors and collection agencies hound you for more money than you have. In fact, that’s how I got into this business of helping out people and companies such as yours.

Back in the 1970’s and 1980’s I owned a small manufacturing company that was brought down when a much larger corporation breached a contract with my company. As I had invested heavily in order to fulfill the contract, I found myself buried in more than half a million dollars of debt that I couldn’t possibly repay. That breach of contract resulted in a three year death of my company.

I know what it is like to struggle to keep a business alive. I had a family of six that I had to support and I couldn’t pay my bills. I couldn’t sleep at night and I’m sure my wife, the kids, and the dog thought I was difficult to live with. The pressure was with me for 24/7 and it affected all areas of my life.

I had numerous lawsuits filed both corporately and personally. Being unwilling to escape through bankruptcy, I borrowed a small amount of money and began negotiating settlements of the debt. Some of the debt was completely forgiven while others were settled at cents on the dollar. On a half a million dollars worth of debt I was personally liable for, I received only one judgment against me for $2000 and that was, ironically, the only one that was handled by an attorney.

There is the saying, “when life hands you a lemon, make lemonade”. After having gone through such a trying time in my life, I wondered how I could make that a positive. I then realized that I was a pretty darn good negotiator and that I could use that talent to help others who found themselves in a similar situation. I am a peace maker by nature and being able to bring opposing parties together and in agreement was one of my talents.

I’ve learned a lot since that time. For one, if I were in the same situation today, even with the negotiating skills I possess, I would NOT try to negotiate my own debt. A third party negotiator cannot have the pressure put on them by attorneys, debt collectors, or creditors to reach an unfavorable settlement. NOT having final authority to settle the deal is one of the negotiator’s secret weapons. Secondly, with the stress that I endured, I would have gladly handed off the harassing creditors and attorneys to someone else. I know I would have slept much better.

Since then I have been negotiating for over 29 years and have saved millions of dollars for hundreds of companies.. I can thoroughly relate to companies that are struggling. I know how to turn companies around, keep them in business and give them a fresh start without them having to go into bankruptcy. I would consider it an honor if you would trust me to save your business and to resolve the creditor problems you may be experiencing.

Click to get 20 Steps on How to Find Extra Cash in a Hurry!
Scroll to top